As the release date of his Bollywood debut film ‘Yeh Saali Aashiqui‘ gets nearer, actor Vardhan Puri reminisces his acting journey till now.

Being associated with Yash Raj Films as an assistant director was always in his bucket list and he made it happen. The production house whose iconic films love films and the latest action thriller is loved by the audiences’ across the globe, has also given recognition to contemporary stars like Ranveer Singh, Arjun Kapoor, Parineeti Chopra, and Bhumi Pednekar. From these, Parineeti and Bhumi have had their share of being behind the camera with this company before having 100 cr box office films. 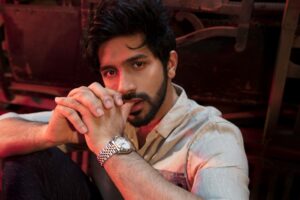 Vardhan who also shares a similar story as them says, “I have been an assistant director with this production house for 5 years and worked on three films right from concept creation till the release of the film and it has been more than a film school to me. I remember meeting Parineeti there when she worked there and it was amazing that later I got to work with her in the films she acted. Also, Bhumi and I share a very interesting rapport. She was an assistant casting director and I used to be responsible for the casting of the film which I was assisting in. Both of us have worked in three films together. To see her debut film smashing box office records was a delight! And here I am now following their footsteps and it’s my time to debut and become an actor. This is surreal and it’s a very special feeling.”